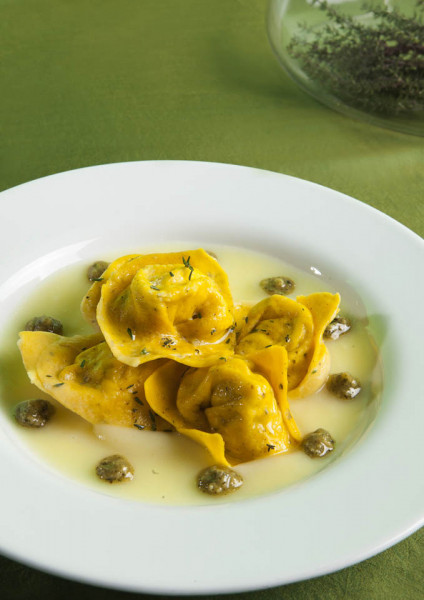 (for dressing and filling) Salt and pepper

(for pasta) a pinch of salt

Prepare the pasta with the indicated ingredients mixing by hand or with a planetary mixer. After obtaining the dough, wrap it in cling film and leave it to rest. Prepare the filling in a bowl: crush the potatoes using a fork, add the other ingredients and form a mixture (if the ricotta is too soft, add a little grated bread) and add salt and pepper to taste.
Roll out the dough and form the tortelloni with the filling, to cook in boiling water. Using a mixer blend the potatoes for the dressing, adding water until a cream is formed. Heat it over a flame, adding salt and pepper to taste. Once the tortelloni are cooked, toss them in the pan with the extra virgin olive oil and the fresh thyme. Create a potato cream base in the plate and lay the tortelloni on it decorating with a few drops of hemp pesto. 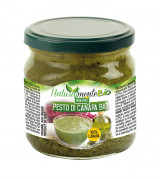 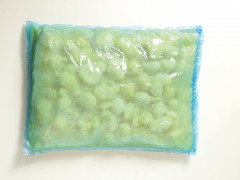